You are here: Home1 / Films2 / Documentary3 / Otto Klemperer's Long Journey through his Times 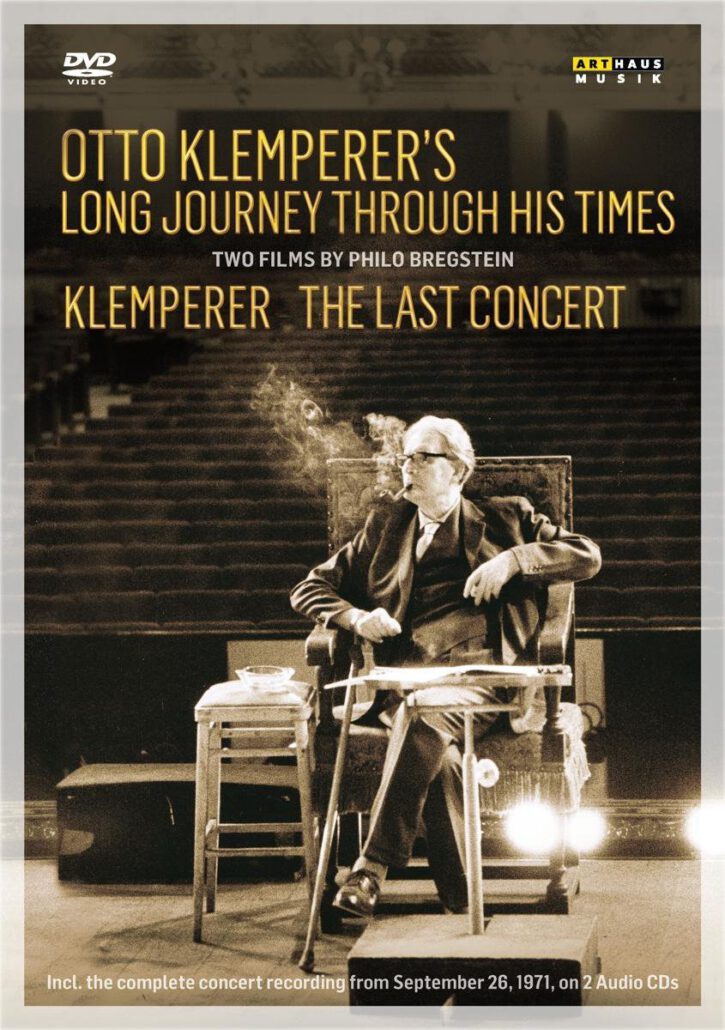 Otto Klemperer's Long Journey Through His Times is a biographical film about one of the most important and influential conductors of the 20th century, set against the background of the historical, cultural and political era of his life.
Otto Klemperer (1885-1973) grew up and had his first public successes in the days of the German Empire. His career flourished during the Weimar Republic while also winning great acclaim in the Soviet Union. The Nazi regime in 1933 forced Klemperer into exile in the United States. After the war he was the head of the Budapest State Opera for three years and in 1954 established in Zurich. A long Indian Summer followed with the Philharmonia Orchestra in London and regularly gave several guest appearances with the major European orchestras. Klemperer gave his last concert in September 1971.

Philo Bregstein's film has been fully restored, re-edited and available again on DVD and Blu-ray.

A unique music-historical document about conductor Otto Klemperer (1885-1973) about the course of an important rehearsal with the London Philharmonic Orchestra, not knowing in advance that this would be the rehearsal of van Klemperer's very last concert.