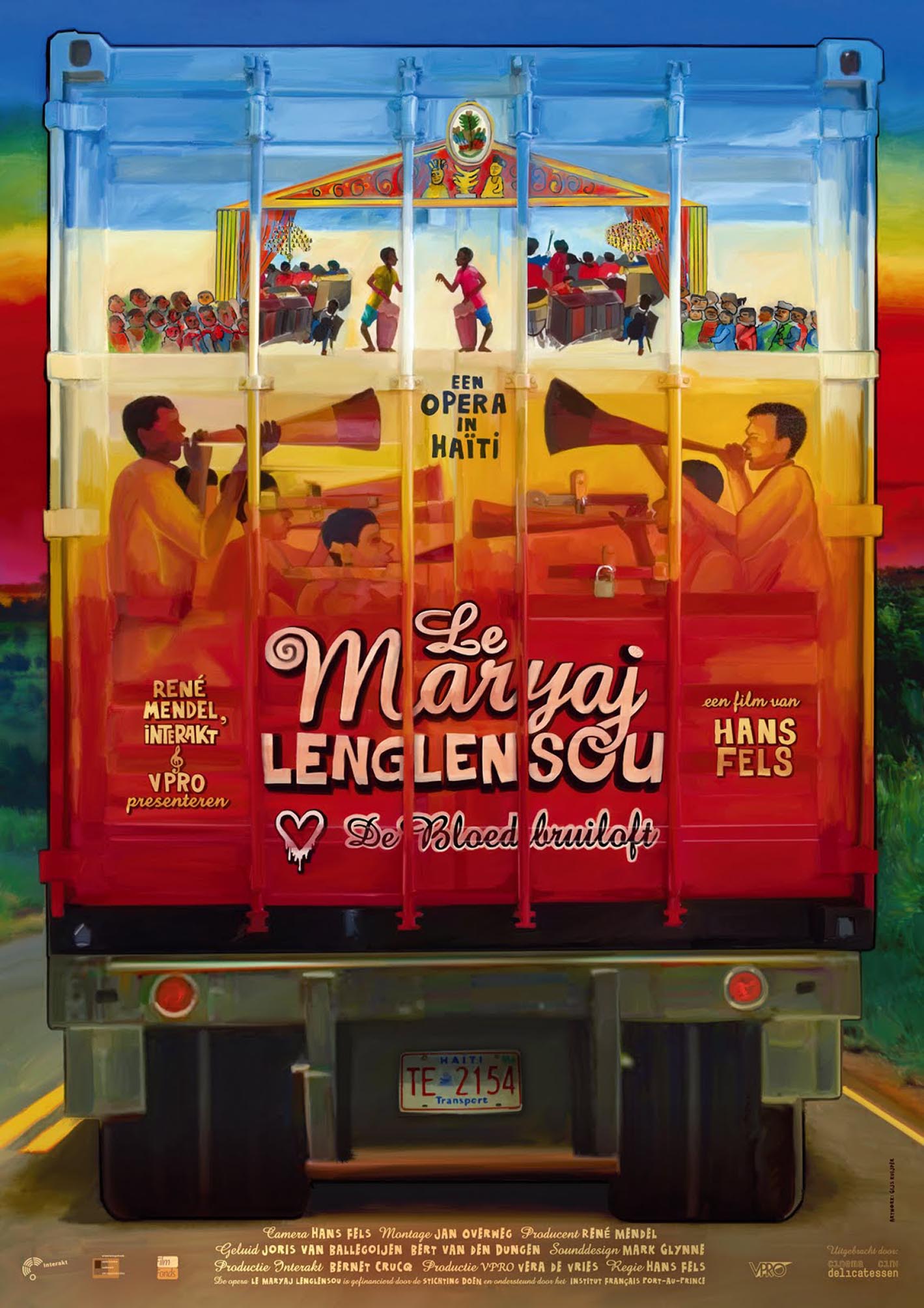 A film by Hans Fels

Le Maryaj Lenglensou is a documentary about the creation of a Haitian folk opera and a portrait of the people involved in it.
The film makes it clear how much hidden talent there is in that land of eternal calamity.

The opera Le Maryaj Lenglensou is set against the backdrop of national history. Lenglensou, or the god of blood, has manifested itself in Haiti's long bloody history. From the earliest times, from the genocide of the indigenous peoples to the present day, Haiti has remained a land where the blood flows incessantly. Corruption, poverty, disease, exploitation: it is all of an exuberant magnitude that is hard to comprehend. But this country has so much untapped talent, so many virtuoso musicians, so many fantastic painters, that following the struggle to get the opera performed has produced a fantastic film.

Le Maryaj Lenglensou is in the on demand archive of Holland Doc to see. In collaboration with the VPRO.