You are here: Home1 / Films2 / Documentary3 / Johnny and Jones 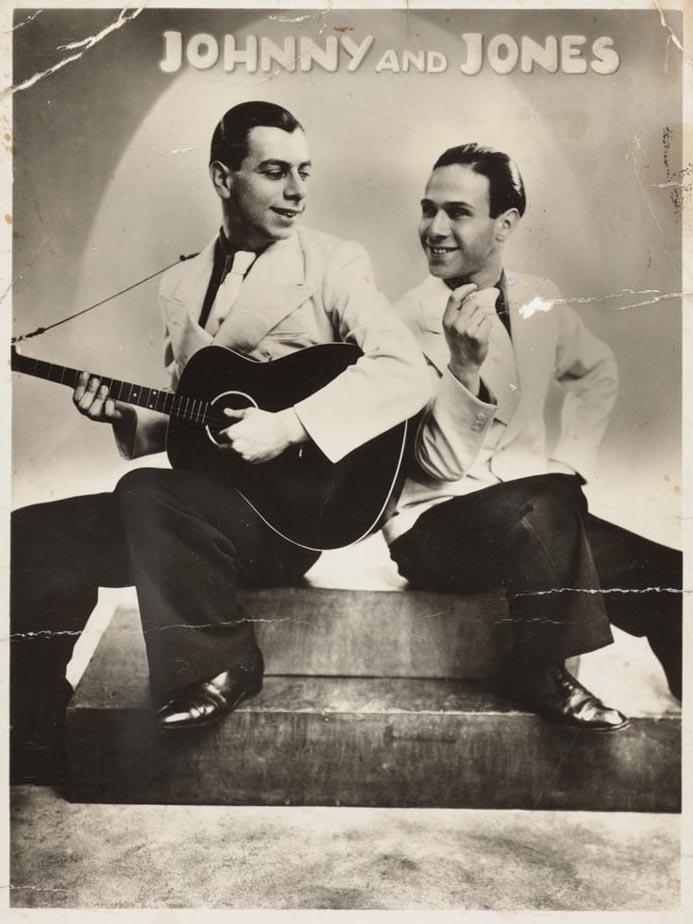 What do two boys with a guitar, a composer of modern classical music, his aunt (once famous revue dancer) and two contemporary fashion designers have in common?
They are four completely different worlds that come together in the film JOHNNY & JONES, two boys and an opera. The film tells the story of the career of the Dutch show duo Johnny and Jones, which was ruined by the Nazis.
The film combines the tragic life story of two boys who brightened up pre-war daily life with cheerful and crazy songs, with the dramatized reality of opera, which focuses on an enigmatic recording of the duo in August 1944.