I consider you a friend

You are here: Home1 / Films2 / Documentary3 / I consider you a friend 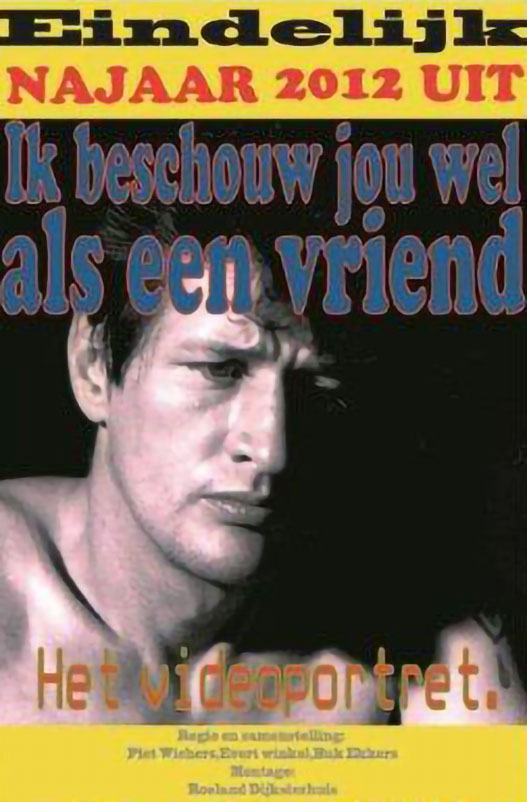 I consider you a friend

A documentary by Roeland Dijksterhuis
With this film, not yet another film that corresponds to the standard image of Herman Brood and his music, but a more nuanced picture of Brood is created by also portraying the people who were close to him. In the first place Piet Wichers, who saw Herman Brood as his great example from an oppressive and lonely home situation. He followed him everywhere with his video camera and, like Herman, started to rebel against everything and everyone. The two became friends. The images made by Piet are an important element in this film. Herman's loneliness and drive to go on stage also come to the fore, and what it cost others to let him stand on that stage. In addition, the film is about Herman's loved ones, such as his son Marcel Brood, whom we see growing up in Piet's recordings without much attention from his father. The film exposes the lonely parallel that exists between Marcel and Piet: both longing for Herman's attention and growing up without a parent. Herman has said in interviews that it is Piet who will create the definitive Herman Brood story.

May
Scroll to top