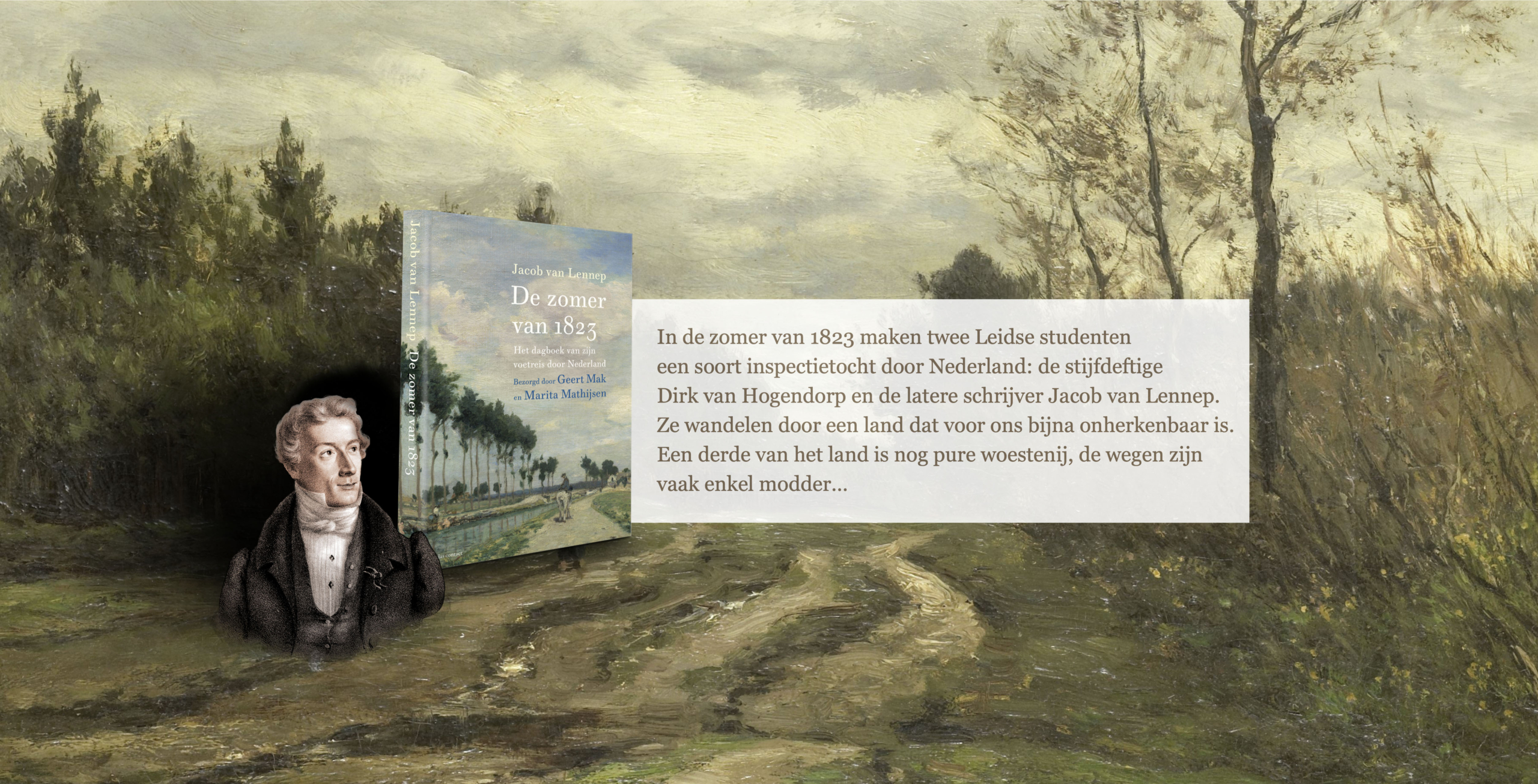 In The summer of 1823 two Leiden students make a sort of inspection tour through the Netherlands: the stout Dirk van Hogendorp and the later writer Jacob van Lennep. They walk through a world that is almost unrecognizable to us. At least a third of the country is still pure wasteland, the roads are often just mud. Shortly afterwards everything will change, with canals and roadways, railway trains and steam engines, until finally the Netherlands as we know it. Thanks ton Van Lennep, the storyteller par excellence, we can once again experience the atmosphere, color and scent of the landscape. He also gives us a glimpse into the daily life of that time, including the differences in status. His diary is written with speed, humor and an eye for detail.

Introduce in their introduction Gert Mak en Marita Mathijsen take us to this Netherlands before the industrial revolution, and show how that time has left its mark to this day. The original travel diary of Jaco van Lennep has been translated into modern Dutch for this edition.

Interakt made a nine-part cultural-historical series in response to the book.

Together with director Theo Uittenbogaard, Geert Mak walks the journey that Jacob van Lennep walked through the Netherlands in the summer of 1823 to investigate the mentality of the population. Despite the major changes in the contemporary landscape, he makes the Netherlands from the time of Van Lennep tangible for every viewer.

But your last name is Moroccan, isn't it?

I love my muslim
Scroll to top