You are here: Home1 / Films2 / Documentary3 / The Confrontation 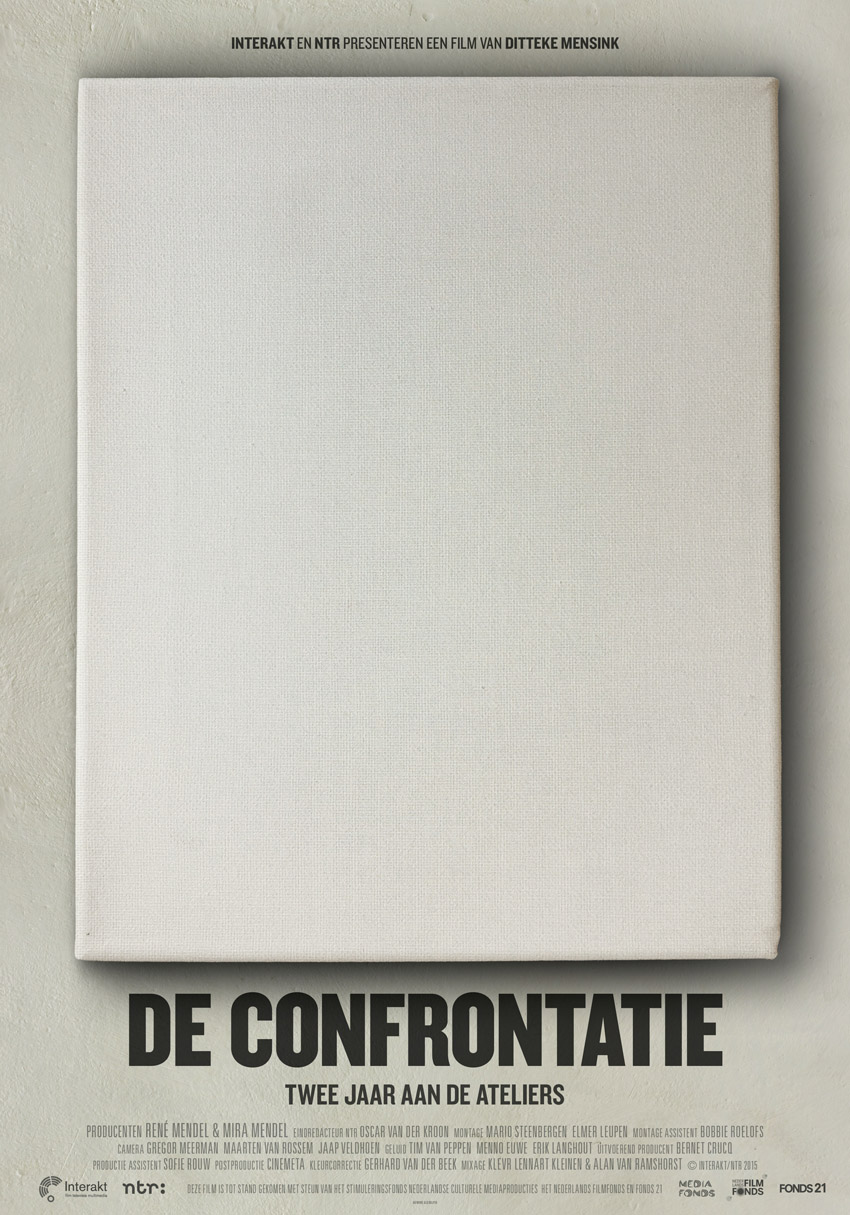 A movie of Ditteke Mensink

Documentary that follows the young artists Lennart Lahuis, Timmy van Zoelen, Daniel de Roo and Andreas Arndt for two years. They attend De Ateliers, an Amsterdam postgraduate art course. The film is a history of creation, shows the coming of age of the young artists and provides insight into their artistic development and their aspirations, hopes and despair. They are immersed for two years in a strict regime of working and being judged, while the city they have ended up in is also completely new to them. This inevitably leads to experiences and events that are important for the rest of their lives. The uncertainty of and curiosity about new developments in the lives of these young artists remains a stimulating and constant driving factor in the film.

The viewer becomes part of profound questions with regard to their work and life: is the pressure of the supervisors and other participants - who apparently thrive - too great and does the artist drop out? Or will he/she find himself again and will the ambitious project come to a successful conclusion? This process of becoming – including all considerations and highs and lows – has been carefully recorded in the film – as director Ditteke Mensink previously did in three episodes of Hollandse Meesters.

The title is derived from the weekly confrontation on Tuesday with arriving artists such as Marlene Dumas, Melvin Moti, Marien Schouten and Rob Birza, who themselves studied at De Ateliers in the past.

The Sharp view of Aat Veldhoen

It Riedsel
Scroll to top