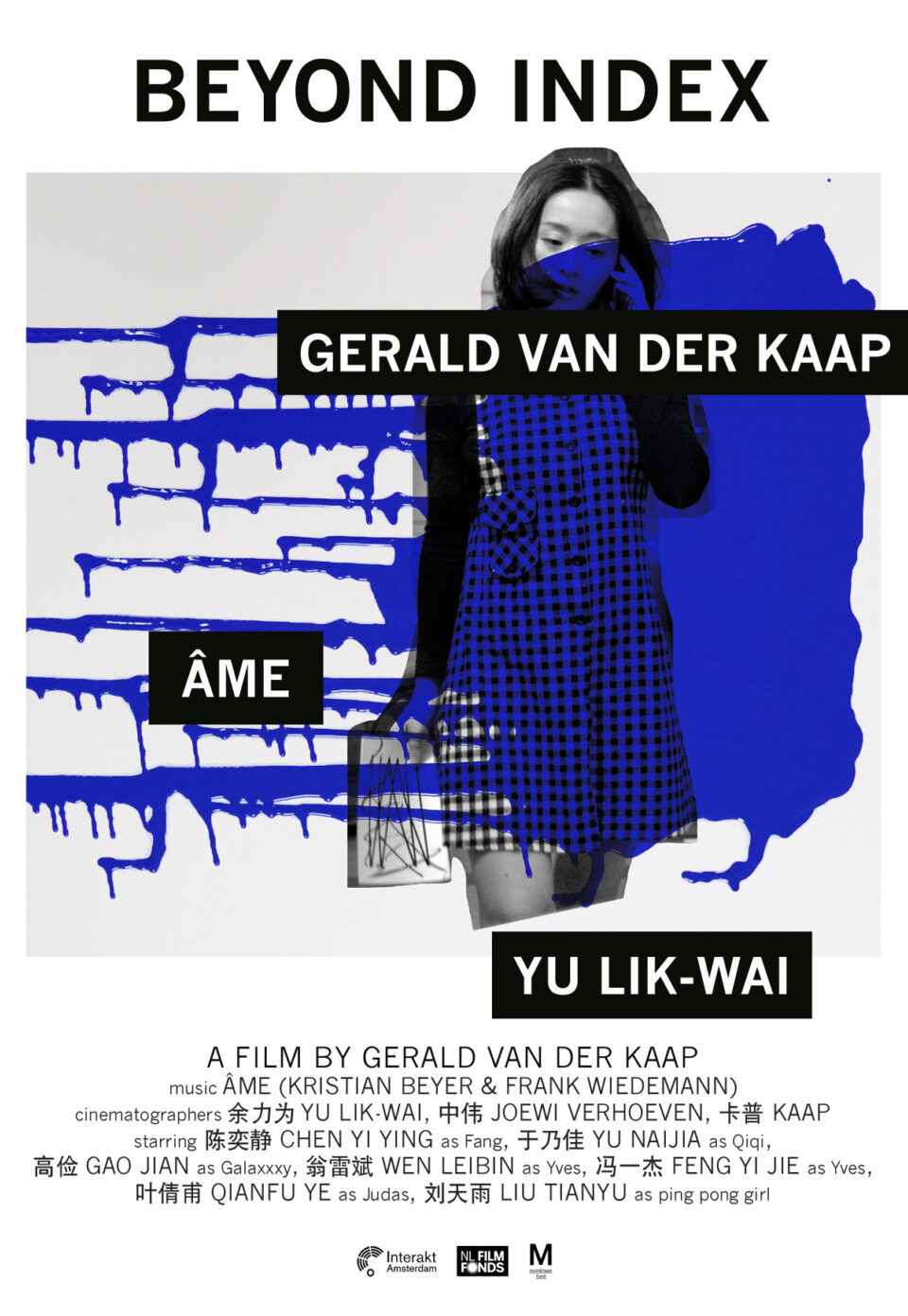 Beyond Index is the first cinema film of Gerald van der Cape.

An 83 minute artwork created especially for the Big Screen. The film is about a group of Chinese art students who work in a painting factory and copy European masterpieces there. One day the mysterious YVES (after Yves Klein) arrives and everything changes. He introduces the color blue as an elixir. Perhaps as a panacea against air pollution that can no longer be measured (beyond index), but even more as an elixir for the mind. Slowly intoxicated by Yves' words, FANG begins to dream another reality.

But your last name is Moroccan, isn't it?
Scroll to top