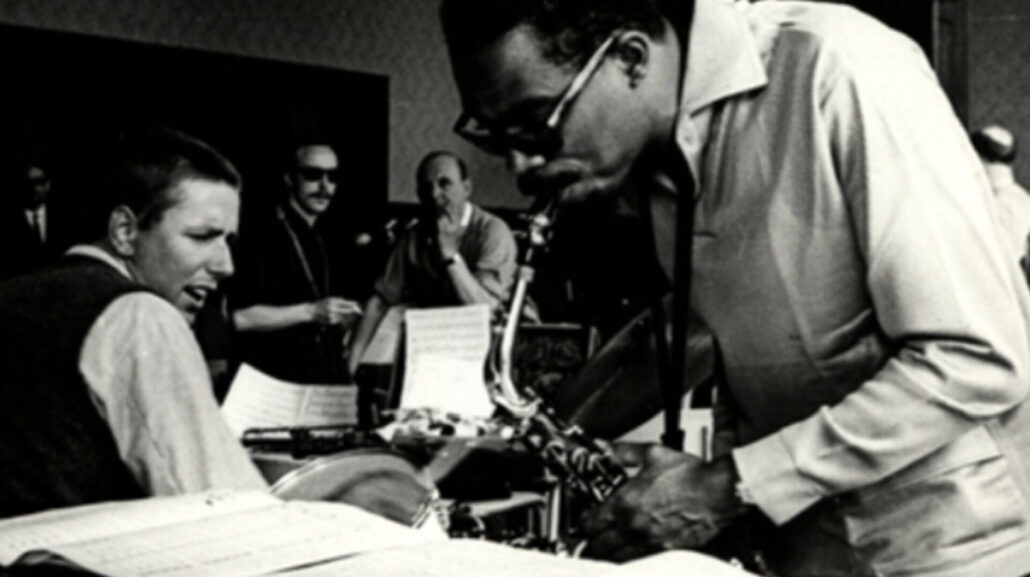 Last date (1991) is a music documentary by Hans Hylkema about alto saxophonist, bass clarinetist, flutist and composer Eric Dolphy. He passed away in Berlin on June 29, 1964, but his music is still very much alive. The film combines a biographical portrait of the musician with a reconstruction of Dolphy's last tour. During this tour, a few weeks before his death, Dolphy performs in the Netherlands with the Trio Mischa Mangelberg, Jacques Schots and Han Bennink. They close the tour with a radio session from which the record Last Date is pressed after his death, which is considered by connoisseurs as his best album. The film focuses on this radio recording in Hilversum and consists of six chapters, referring to the six songs on Last Date. The prologue and epilogue each refer associatively to aspects of the musician and person Dolphy, who all but lived up to the cliché image of the jazz musician. He was a gracious person, did not smoke or drink, did not use drugs, but did not know that he had diabetes. A few weeks after his performances in the Netherlands, he died of the consequences during the continuation of his tour in Berlin.

We Amsterdam
Scroll to top