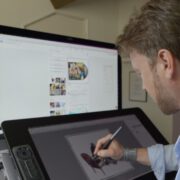 The film about cartoonist Ruben Oppenheimer, directed by Carin Goeijers, will be shown on Thursday 2 February at 20:26 on NPO 2.

Political cartoonist Ruben Oppenheimer does not shy away from confrontation. With his engaged drawings he stimulates the public debate. In addition to discussion, it also generates numerous threats, especially via social media. This leads to him even being under police protection for some time. When he posted a drawing of Turkish President Erdogan on Twitter in 2017, the first death threats poured in. Freedom of expression is very dear to Oppenheimer and he is obsessed with his work, but where is the line? At what price is he willing to sacrifice his personal freedom for the sake of his artistic freedom?

The year is off to a good start: Interakt will be celebrating three premieres in the coming month!

On January 23, the film 'Captured in a Drawing', by director Carin Goeijers, will premiere at the Ketelhuis in Amsterdam.

On January 29, the international version of the film 'Luc Tuymans – In the light of Argwaan', by director Jacques Servaes, will premiere at the Ostend Film Festival. 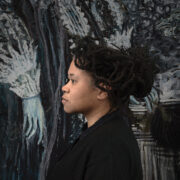 Next Wednesday, September 14 at 22.40, Natasja Kensmil – You want it darker by director Lisa Boerstra can be seen on NPO 2!
A special film about the motives behind the mysterious work of artist Natasja Kensmil. 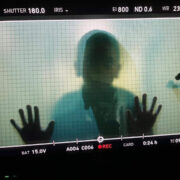 Eight-year-old Vikram goes in search of a new heart for his ailing father. When a bank robber gets in the way of Vikram's plans, Vikram forgets what he was really looking for in his fight against the bank robber. 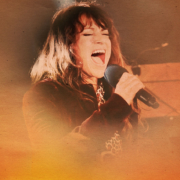 Nine Suitcases is a film about the life history of the Polish-Dutch variety artist Jossy Halland and the story behind the last Yiddish theater in Western Europe, the Lilalo theatre. 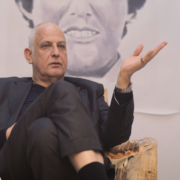 A documentary about Luc Tuymans in collaboration with John Albert Jansen. In the documentary, the always suspicious Tuymans will come to life before our eyes.